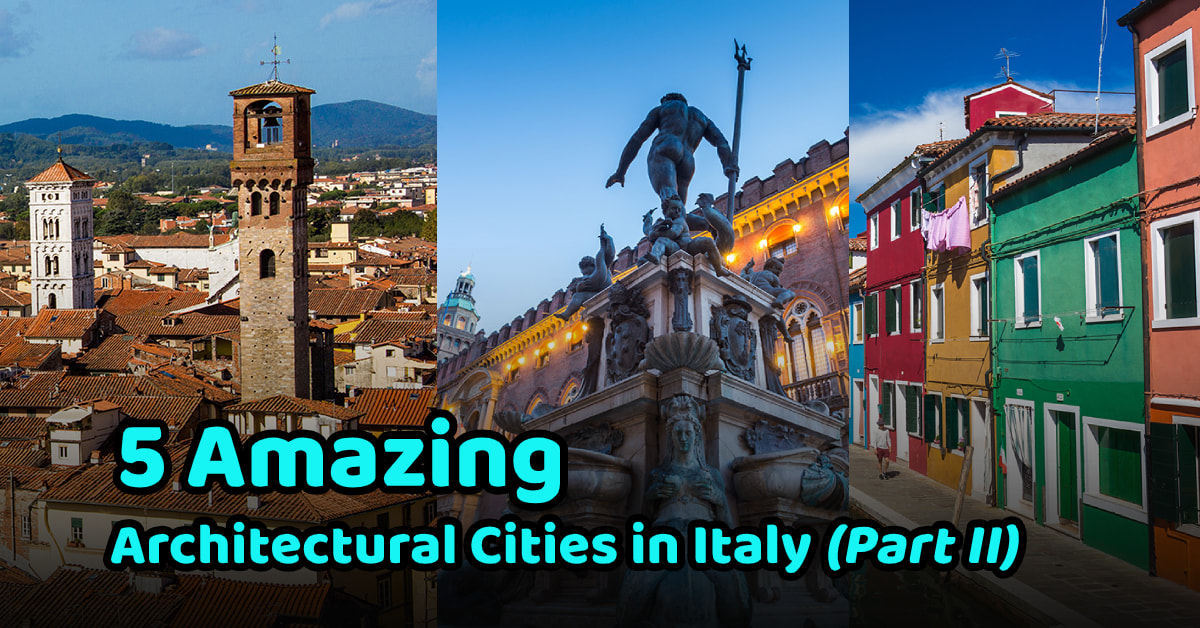 “It’s common knowledge that Italy has great resources in terms of architecture and design.”

Architecture of Italy – But which are the best Italian cities to visit for architecture lovers?  Beside Milan and Rome, that have been already presented in previous posts, there are many other not to be missed places in the “Bel Paese” that deserve a particular mention. Here is a list of the Top 5 places to visit. 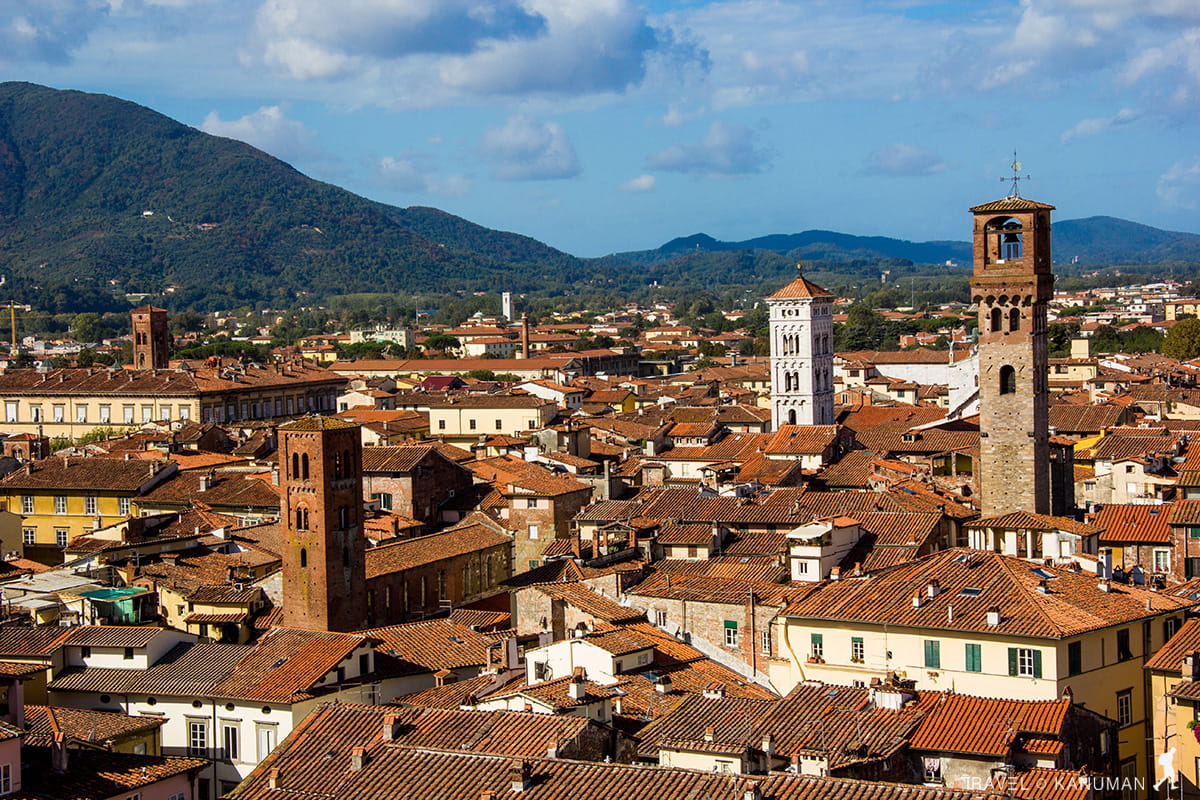 Lucca is a city and comune in Tuscany, Central Italy, on the Serchio, in a fertile plain near the Tyrrhenian Sea. It is the capital of the Province of Lucca. It is famous for its intact Renaissance-era city walls. 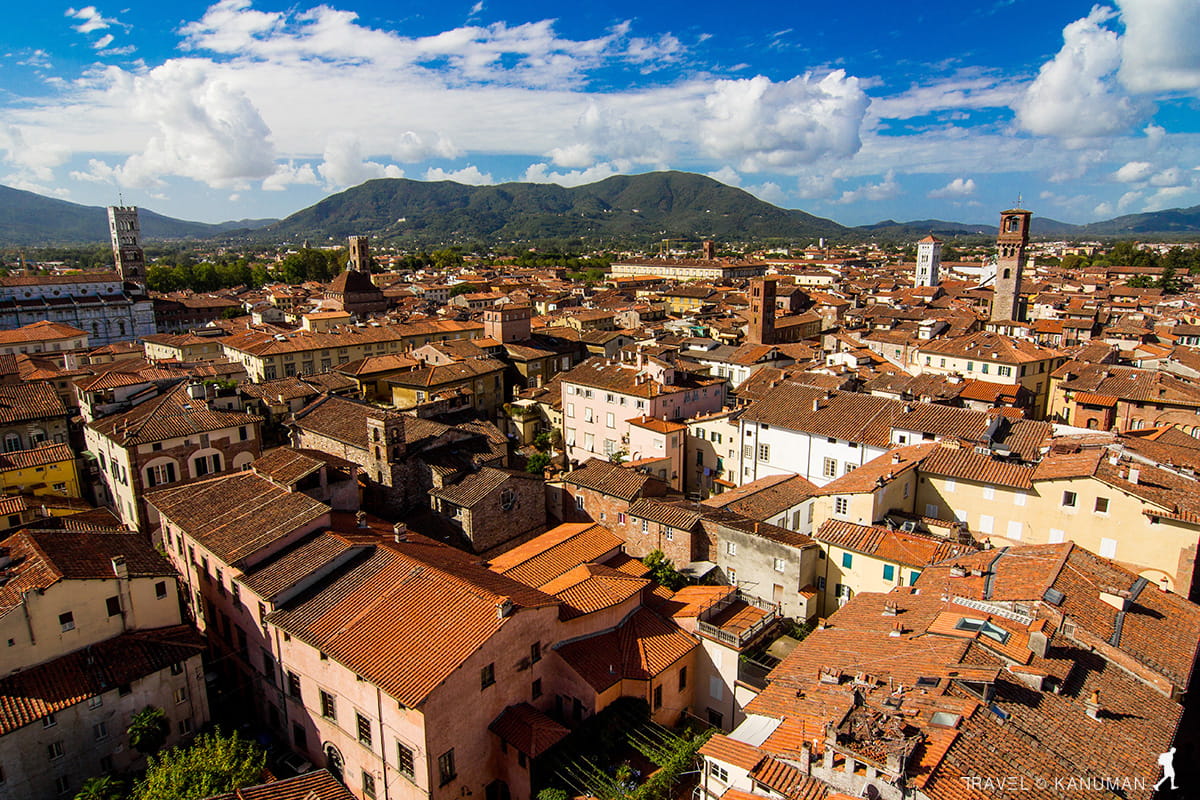 One more place to visit is Piazza dell’Anfiteatro which  is a public square in the northeast quadrant of walled center of Lucca, region of Tuscany, Italy. The ring of buildings surrounding the square, follows the elliptical shape of the former second century Roman Amphitheater of Lucca. The square can be reached through four gateways located at the four vertices of the ellipse. A cross is carved into the central tile of the square with the arms pointing to the four gateways of the square.

The Torre Guinigi is a tower in Lucca, Tuscany, central Italy. It is a typical example of local Romanesque-Gothic architecture. The height of the tower is 45 meters with a total of 232 steps to reach the top. 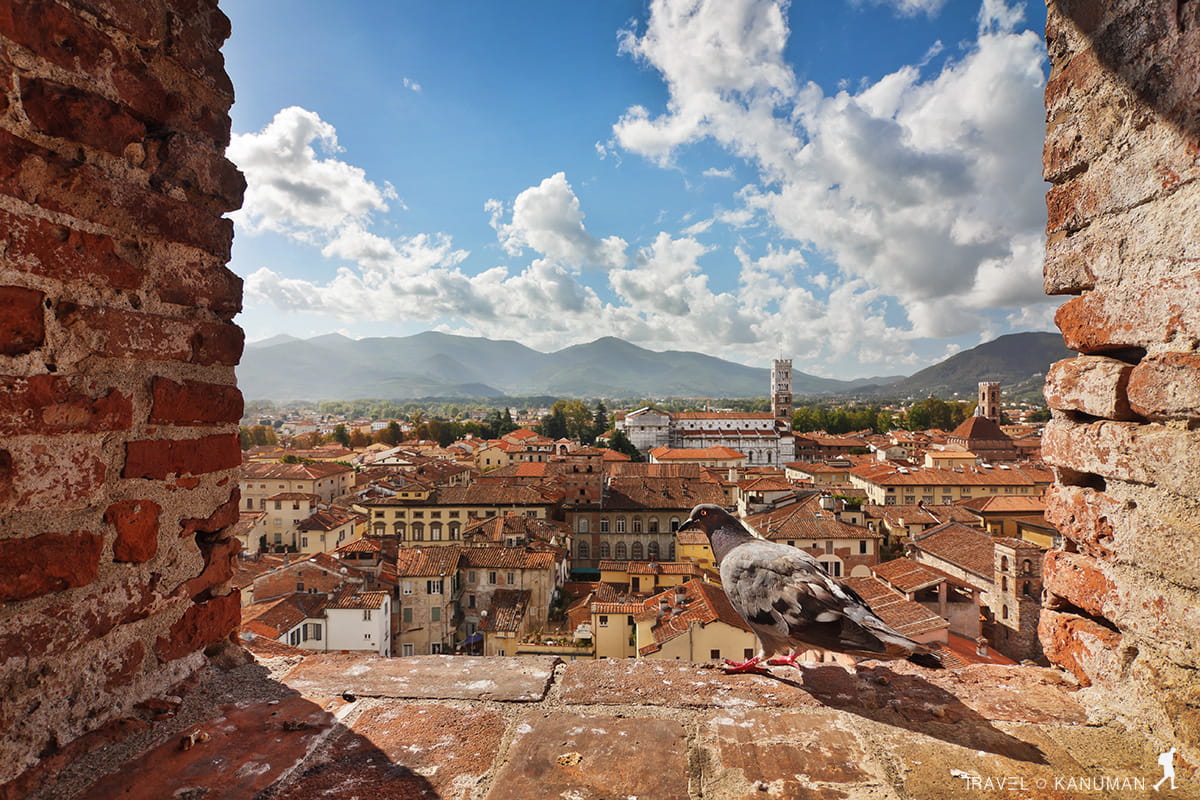 The tower dates from the 1300s, when a number of wealthy families were building bell towers within the walls of Lucca as status symbols. It is one of the few remaining towers within the walls. It is known for the tall trees (holm oaks) growing on top of the tower – The kitchen was originally on the floor below with the rooftop serving as a kitchen garden.

The tower was donated to the local government by the descendants of the Guinigi family. 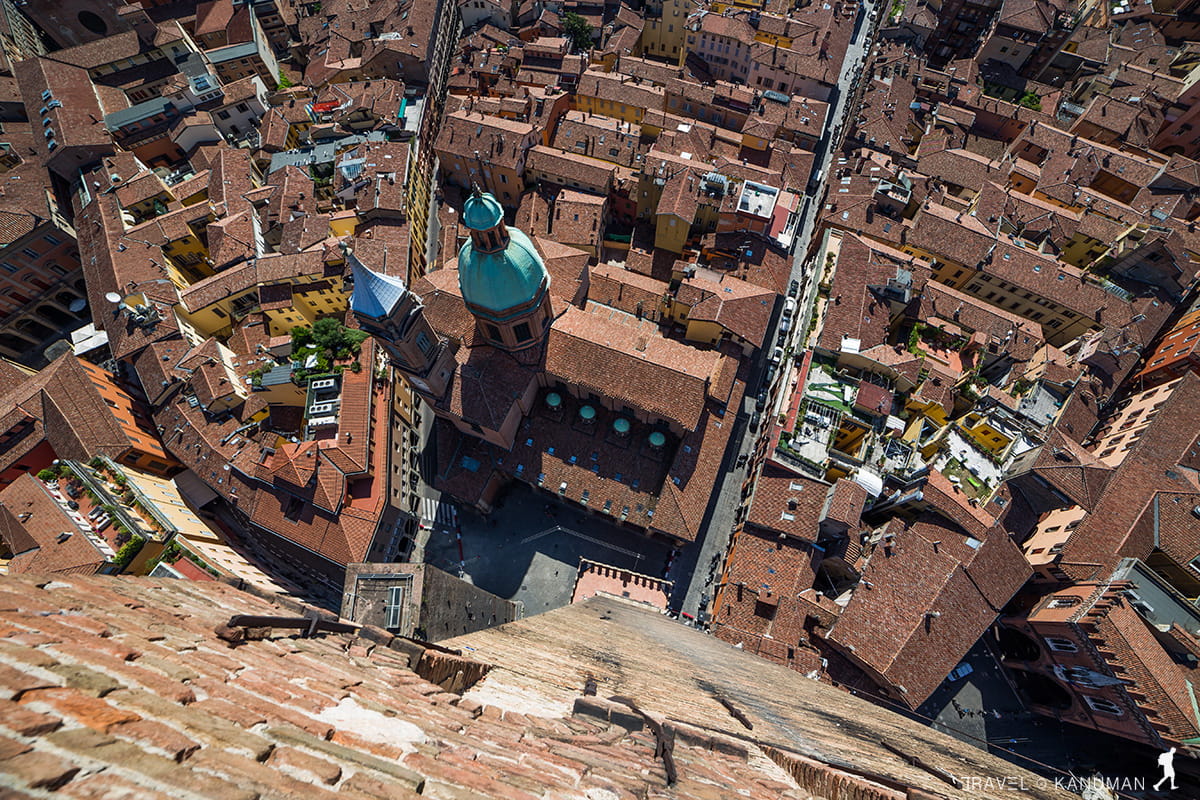 Bologna is the capital and largest city of the Emilia-Romagna region in Northern Italy. It is the seventh most populous city in Italy, at the heart of a metropolitan area of about one million people. 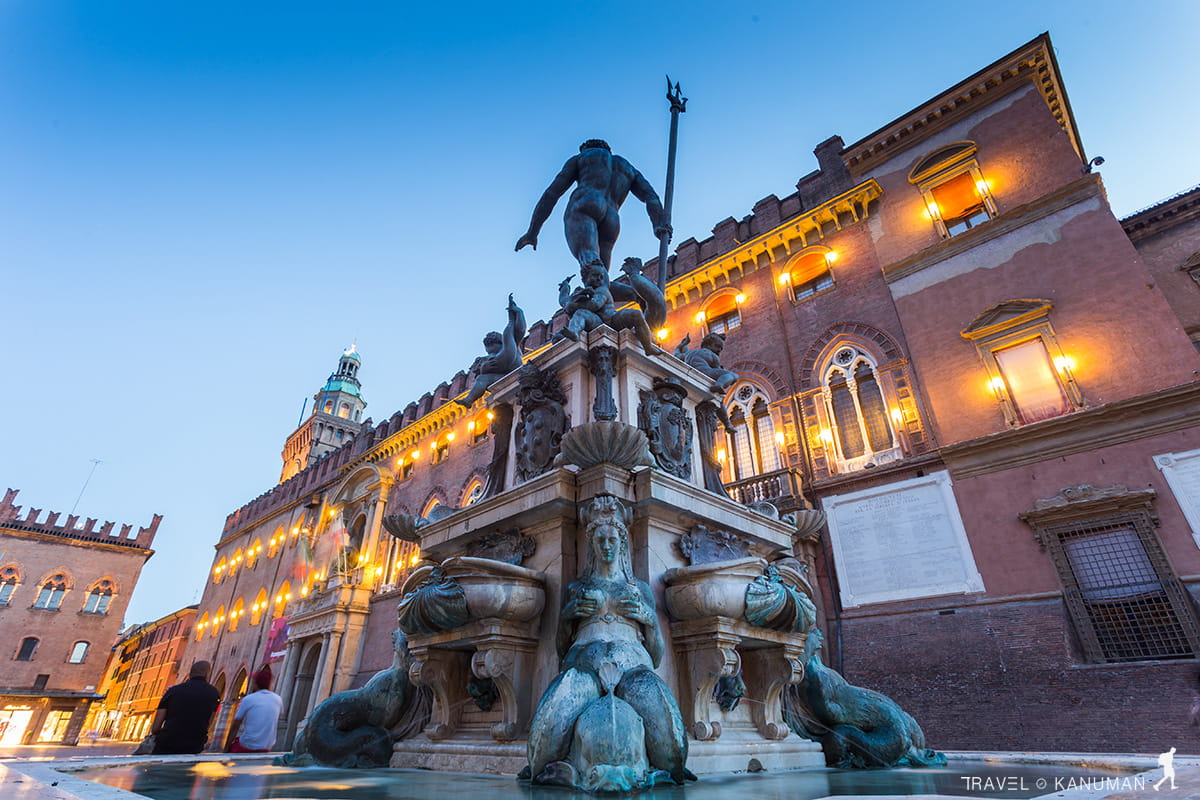 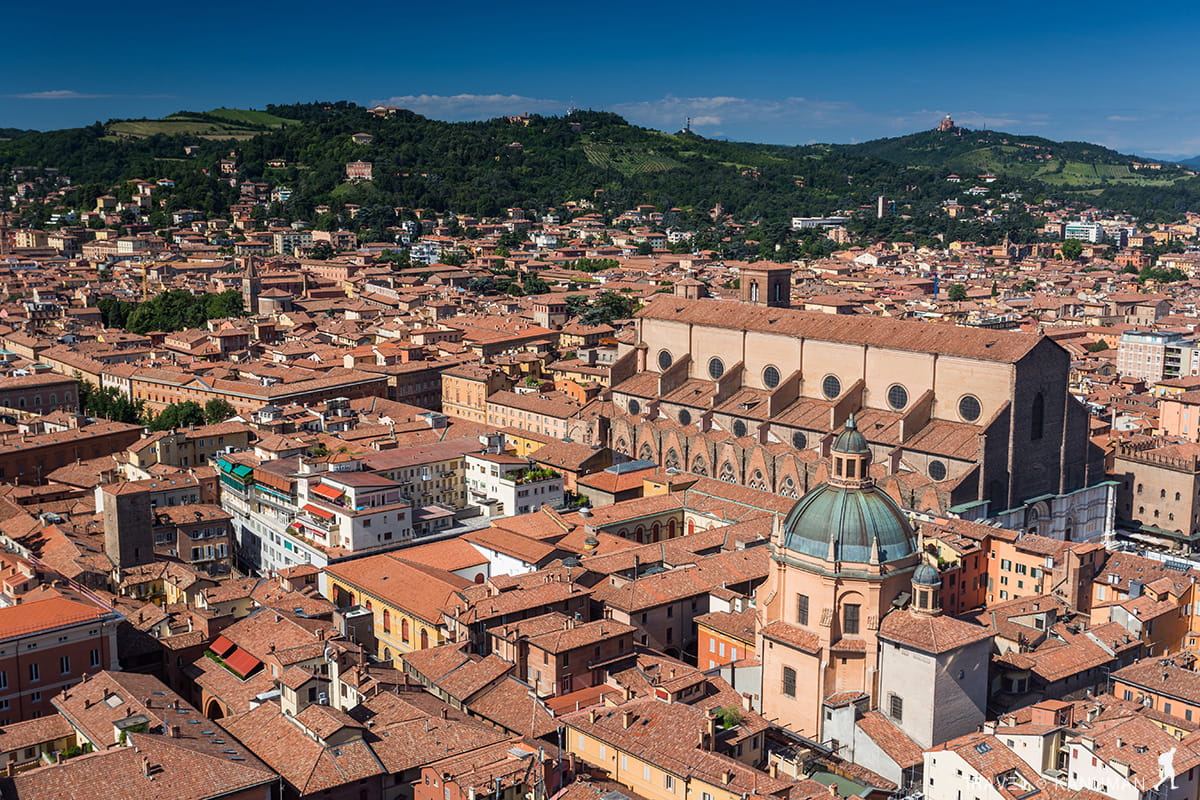 Bologna offers a varied mixture of monuments and architectural examples (medieval towers and lengthy porticoes) and it is known for having the oldest university in the West. Students enrich the social and cultural life of the city, that offers a lot in terms of cultural events and entertainment for young people

Next Architecture of Italy is Venice. 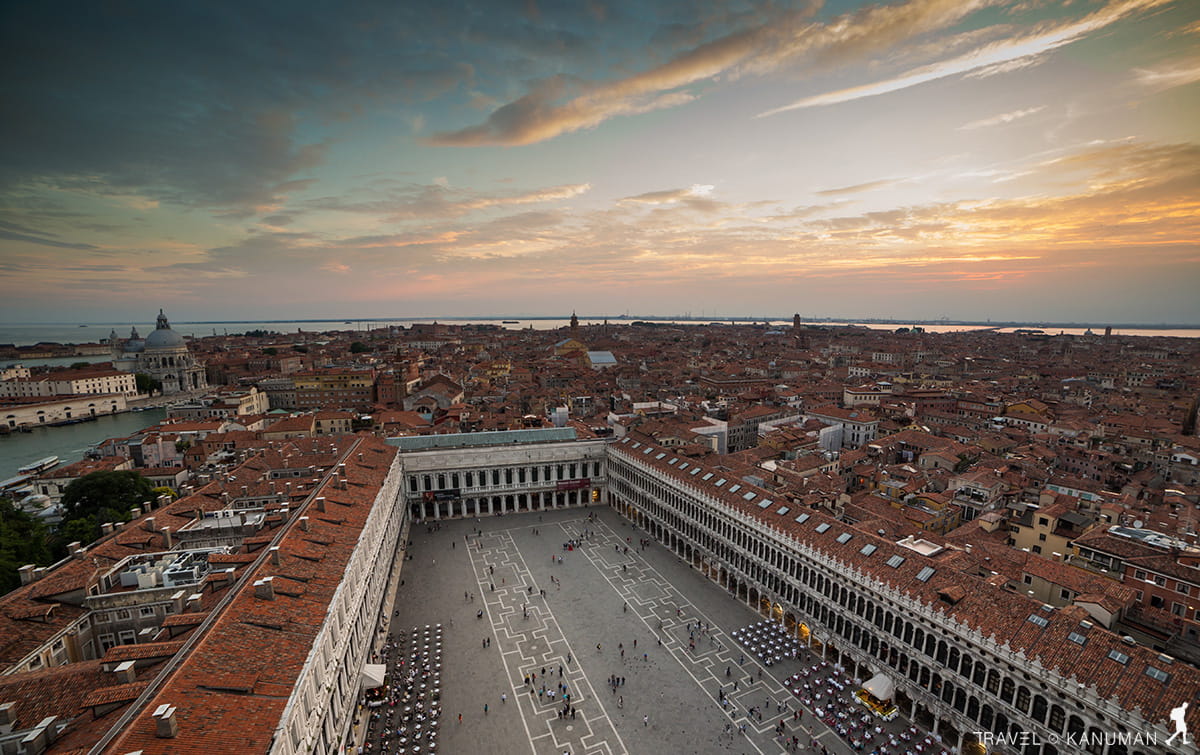 Venice is a city in northeastern Italy and the capital of the Veneto region. It is situated on a group of 118 small islands that are separated by canals and linked by over 400 bridges. The islands are located in the shallow Venetian Lagoon, an enclosed bay that lies between the mouths of the Po and the Piave rivers.

The city is included in the Padua-Treviso-Venice Metropolitan Area (PATREVE), which is considered a statistical metropolitan area, with a total population of 2.6 million. Many interesting islands to visit like Murano or Burano.

Murano is a series of islands linked by bridges in the Venetian Lagoon, northern Italy. It lies about 1.5 kilometres (0.9 miles) north of Venice and measures about 1.5 km (0.9 mi) across with a population of just over 5,000 (2004 figures). It is famous for its glass making. It was once an independent comune, but is now a frazione of the comune of Venice. 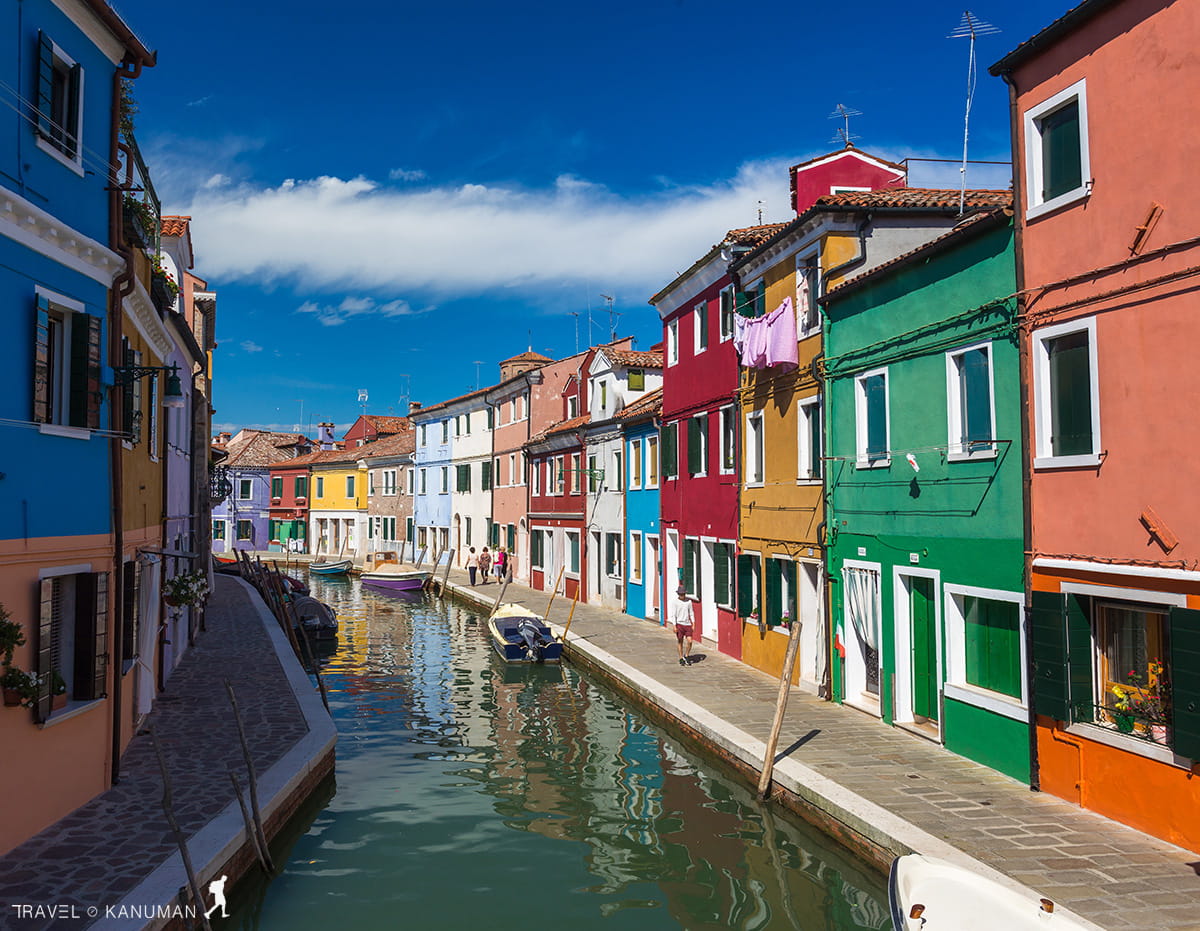 Burano is an island in the Venetian Lagoon, northern Italy, near Torcello at the northern end of the Lagoon, known for its lace work and brightly coloured homes. The primary economy is tourism.

From these 5 Architecture of Italy, we can see that the antique tradition of terracotta roof tiles contributes to the shape and colour of our cities.

Slanted terracotta roofs were already used in Mesopotamian times and the tradition continued through the Etruscan, Greek, and Roman ages until the present time with some variation as to the degree of slant and the use, or not, of eaves. Even the Duomo of Florence has a terracotta roof!

Terracotta, terra cotta or terra-cotta  “baked earth”, from the Latin terra cocta, a type of earthenware, is a clay-based unglazed or glazed ceramic, where the fired body is porous.

Terracotta is the term normally used for sculpture made in earthenware, and also for various practical uses including vessels (notably flower pots), water and waste water pipes, roofing tiles, bricks, and surface embellishment in building construction. The term is also used to refer to the natural brownish orange color of most terracotta, which varies considerably.

In Thailand there are many places using Terracotta for roofing decoration, especially many buildings in Kao Yai Mountain in Nakorn Rachasima Province. Those building adopted the architectural design of Tuscany in Italy. 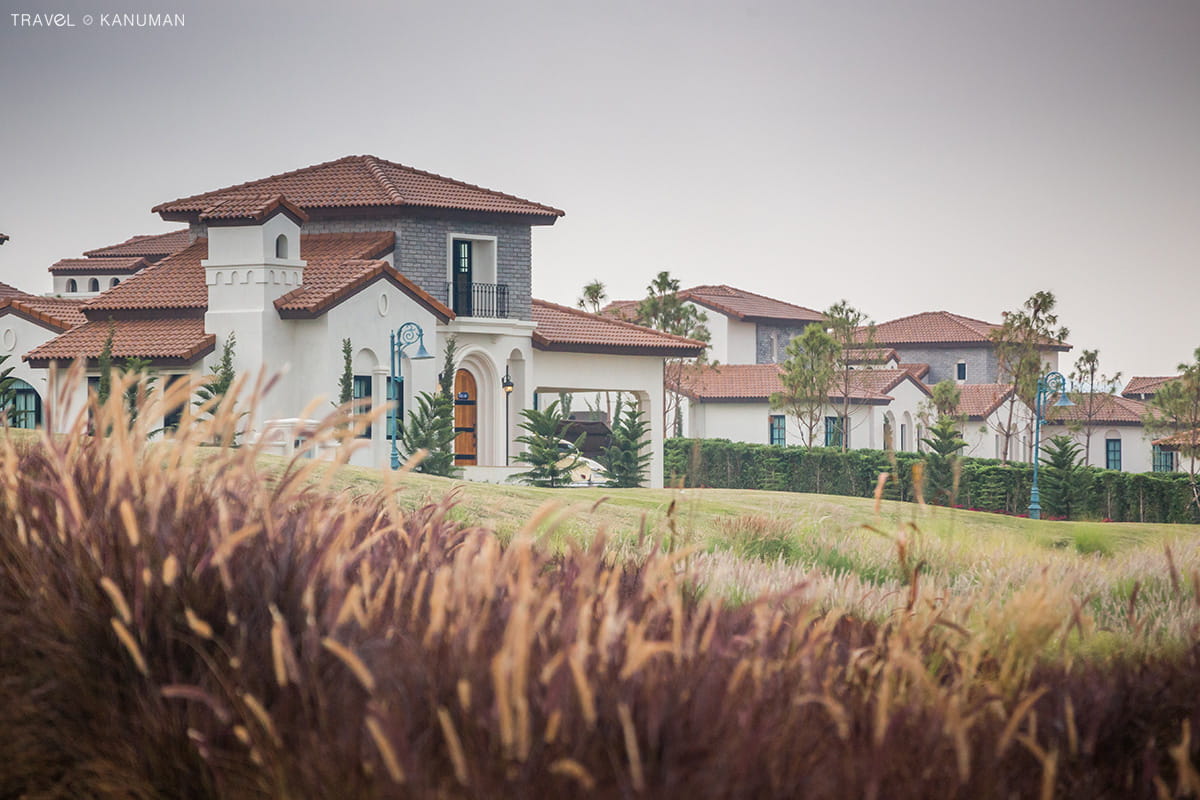